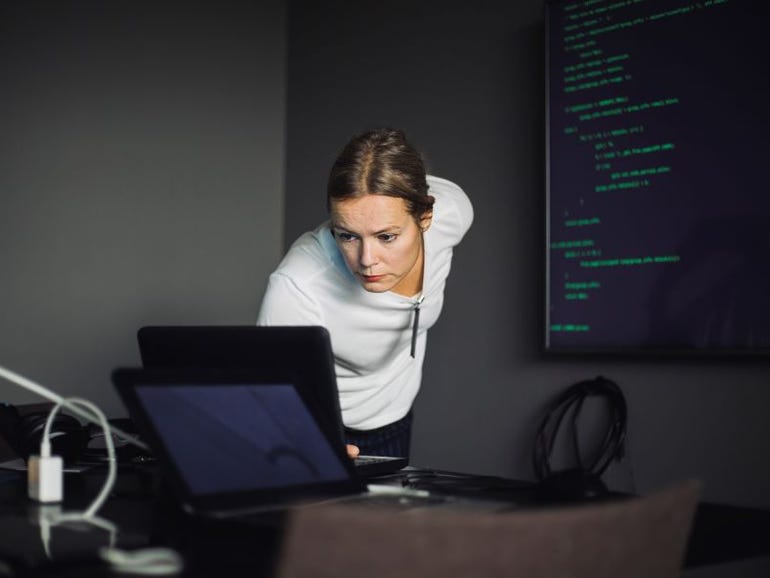 Encouraging more women to pursue cybersecurity careers is “mission-critical” to filling some of the 2.5 million open jobs worldwide and tackling a global shortage of tech skills, Microsoft has said.

Vasu Jakkal, Microsoft’s corporate vice president of security, compliance, identity and management, said women and people “with more diverse perspectives” were desperately needed in the cybersecurity industry to help address the evolving threat landscape and take pressure off of overburdened IT teams.

By bridging the gender gap in cybersecurity, where a lack of female representation is fuelling unequal pay and a lack of support for women, organizations can swiftly bridge organizational skill gaps as well as diversify operational thinking, which brings its own benefits in innovation and profitability, Jakkal said.

SEE: Why improving diversity in cybersecurity is vital for everyone

In 2021, women represented just 25% of the global cybersecurity workforce. A survey commissioned by Microsoft Security found that, while 83% of respondents believed there was an opportunity for women in cybersecurity, only 44% of female respondents felt sufficiently represented in the industry. Likewise, 54% of women said there was gender bias in the industry that results in unequal pay and support, compared to 45% of men.

Microsoft’s survey indicated that men are more likely than women (21% vs 10%) to feel qualified to apply for a cybersecurity job, whereas more women than men (27% vs 21%) believe men are seen as a better fit for technology fields. “That breaks my heart,” said Jakkal.

SEE: How Women Who Code is narrowing the developer gender gap

“I’ve always felt that cybersecurity is a calling but as our survey shows, the journey isn’t always easy. I’ve often been the only woman or person of color at the table. And, while I’ve tackled every challenge thrown at me, I sometimes doubted myself and struggled with imposter syndrome. Most of us do – women especially. The important thing is that over time, we find our voice and learn to speak up.”

Nurturing the careers of women in cybersecurity is important for a number of reasons, said Jakkal. Security teams are already under immense strain due to a shortage of digital skills. Therefore, getting more women into the industry would “vastly decrease the deficit by deliberately expanding our hiring and mentorship of underrepresented groups who can bring so much to the table.”

Studies have also shown that diversity is good for business, both in terms of boosting profitability as well as innovation, by bringing new ideas, perspectives and experiences to the organization. “Cybersecurity depends on it because cybercrime tactics keep evolving,” Jakkal added.

SEE: When it comes to tackling diversity in tech, employers have set themselves up to fail

“With all these compelling reasons to promote diversity, why is there such a shortage of women in cybersecurity?”

Microsoft has partnered on a number of programmes aimed at improving female representation in cybersecurity, including Girl Security, a learning program that offers e-mentorship, professional development, and skill-building to women, girls and gender minorities interested in cybersecurity.

“As you embark on a career in cybersecurity, know you are not alone,” said Jakkal.