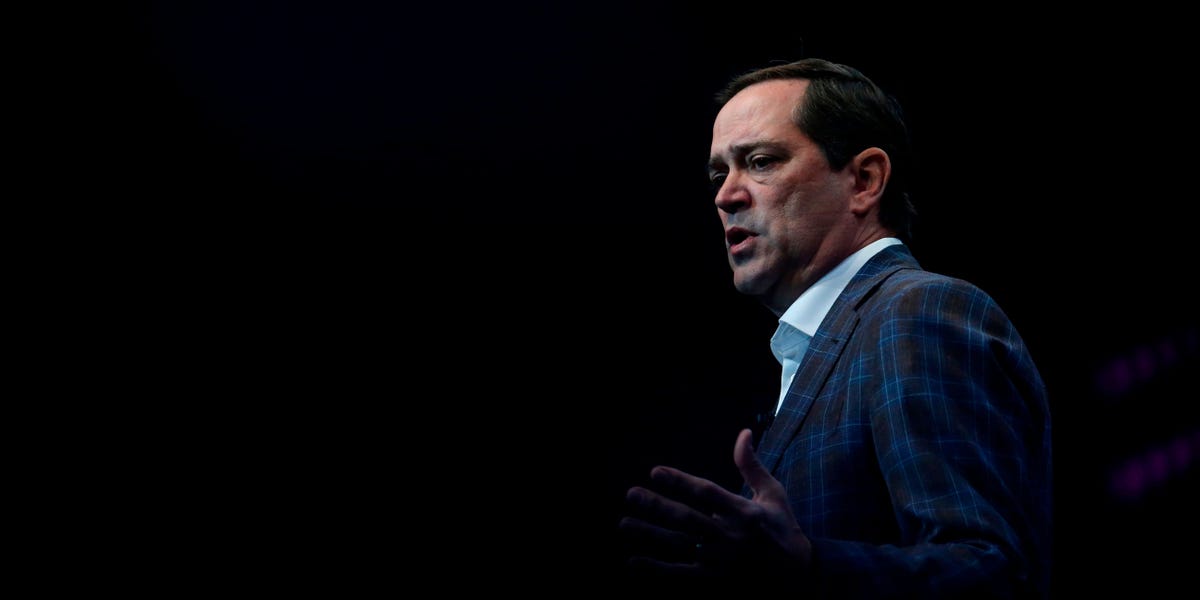 When Chuck Robbins took the helm of Cisco in 2015, he vowed to transform the enterprise giant from a networking hardware seller into a next-generation tech firm powered by software subscriptions. A “driving element” of that push, he said, would be the company’s cybersecurity business.

Nearly seven years later, Robbins has followed through on that bet. Under his tenure, the company has sunk roughly $4 billion into acquiring security firms, and its annual security revenue swelled from $1.7 billion in 2015 to over $3.3 billion last year, boosted by a rise in security spending amid the pandemic.

Amid the growth, top execs heralded the security business as a way for Cisco to regain lost ground as it competes against major cloud players like Google and Microsoft — Robbins himself admitted that Cisco missed an opportunity to become an early power player in the cloud.

But that momentum has slowed in recent quarters, and company insiders and analysts are worrying the firm’s security business is being outpaced by rivals. In interviews with Insider, two former Cisco employees and one current employee described difficulties selling Cisco’s security portfolio and voiced concerns that competitors like Microsoft and Google are eating the company’s lunch.

Cisco’s security revenue fell by 1% in the three months ending in January to $883 million. Its security business grew just 7% in the 2021 fiscal year to a total of $3.38 billion, compared with 13% growth across the broader security industry. Its biggest competitor in security, Microsoft, grew security revenue by 45% last year to over $15 billion.

“Cisco’s security business has been unable to produce the kind of growth that you would expect. They are one of the slowest growing security companies out there,” Needham analyst Alex Henderson told Insider. “They’re a share loser in that space, not a share gainer.”

When asked about the stalling security growth during Cisco’s last earnings call in February, Robbins said supply chain disruptions have impacted Cisco’s ability to ship firewall hardware, which is often bundled with other security products. He added that Cisco security teams “are working on a next-generation strategy right now.”

When reached for comment, a Cisco spokesperson referred Insider to Robbins’ remarks in the earnings call.

“I feel confident that over the next 12 to 18 months, you should continue to see improvement in that business,” Robbins said on that call.

Last year, Cisco announced a new security “platform” dubbed SecureX that bundled the various security products it gathered through acquisitions into a single subscription. Those include Duo, the multifactor authentication tool it bought for $2.35 billion in 2015, and Umbrella, which blocks

While the wide range of products was often attractive to customers, they could also hamper deals because Cisco structures each acquired company as separate business units that need to individually sign off on deals, according to a former employee who left Cisco last year.

“I think that was one thing inhibiting Cisco, all these different business units with their own metrics on margin,” the former employee said. “Cisco is making a play to become a platform security company, but then behind the scenes there’s all this stuff going on.”

Cisco’s rapid rate of acquisitions also makes it hard at times to stitch together disparate security products into one pitch to customers, the current and former employees said.

“Cisco’s model is to accrue companies, but all these acquisitions makes their portfolio terribly complex,” a current employee told Insider, adding that Cisco often has to bring multiple technical experts together to explain different security offerings to a customer. “It can be confusing to the customer.”

Another problem with Cisco’s acquire-first, integrate-later model is that it can be difficult to retain talent from acquired startups, it’s said. Founders of companies acquired by Cisco have previously said they were frustrated by the slow pace that comes with working at a $300 billion behemoth.

“The people who were drawn to the startup that had the new and interesting technology are not interested in being in a company with a hundred thousand employees,” Henderson said.

Cisco also faces an uphill battle competing against security vendors like Microsoft and Google, both of which bundle their security products with their popular cloud platforms, which Cisco doesn’t offer.

“Cisco has done their best to be relevant in terms of shifting what they did have,” said a second former employee who left the company last year. “It’s just a difficult challenge when you don’t have that offering in your bag.”

“Part of the reason why I left is because nothing was flying off the shelf,” that person added.

Do you work at Cisco? Got a tip? Contact this reporter securely via email at aholmes@businessinsider.com or via the encrypted messaging app Signal at 706-347-1880 using a non-work phone.