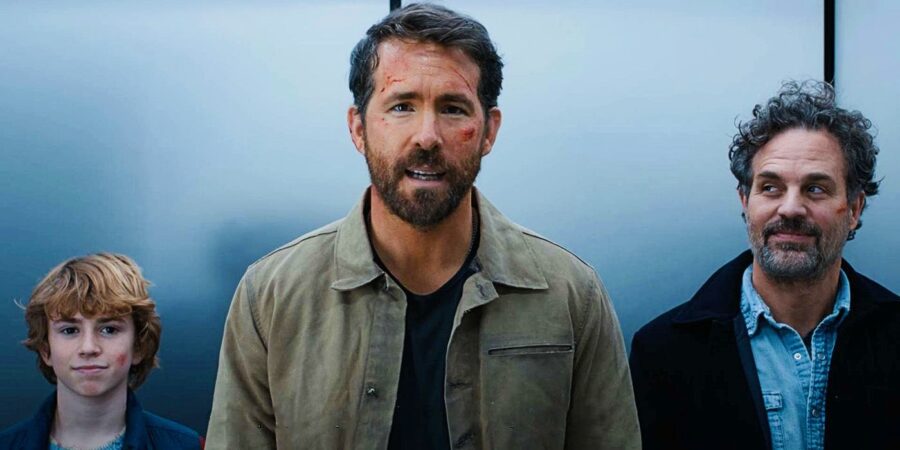 By Nathan Kamal
| 6 seconds ago

Ryan Reynolds has made himself over as a star many times by this point, while pretty much remaining exactly the same. Beginning his career in small roles as many actors do, he turned to sitcoms for a while, then gross-out comedies, then romantic comedies, before finally landing on action star. There are a few outliers in there, but for the most part, Reynolds has managed to maintain a consistent persona of snarky wisecracker who seems charmingly disengaged from whatever role he is in, like a 21st-century answer to Chevy Chase. In one of his latest roles, he now is portraying a cybersecurity expert…kind of. We’ll let you watch this here:

This is, of course, the latest in a very long list of commercial advertisements that Ryan Reynolds is making a key part of his career. In this particular ad, Ryan Reynolds is portraying a version of himself that appears in a locker room to give an inspiring speech to the Welsh football club Wrexham A.F.C.; the twist is that the speech is not about the game they are presumably about to play, but about the need for top-quality cybersecurity and personal protection on the internet. The further twist is that the assembled players are already are of the service Reynolds is shilling for, namely 1Password. The star of Red Notice basically waffles for a moment, then gets in the players’ faces in stern coach mode (and throws out a decent burn on the country of Wales). It’s all perfectly charming, as both advertisements for online security services and Ryan Reynolds doing his thing go.

It is also worth saying that Ryan Reynolds is an investor in 1Password, hence the synergy of him using that Free Guy star energy to get the word out. He is also a part-owner of Wrexham A.F.C., so their presence in the ad makes sense. And Reynolds is an investor or owner in Mint Mobile, Peloton, and Aviation Gin, all of whom he has appeared in commercials for. That’s some good vertical integration! He also recently made a Kraft mac & cheese commercial to help promote his new Netflix movie The Adam Project (which we were not particular fans of).

All of this is to say that we are not throwing shade at Ryan Reynolds for being a savvy investor and being engaged enough with his business ventures that he will use his fame to give them an extra boost. While we might question whether Deadpool 3 is taking this long because he’s constantly dreaming up new ad campaigns, Reynolds also has an upcoming musical comedy adaptation of A Christmas Carol for Apple TV, so it’s not like he isn’t actually picking interesting projects. It wasn’t that long ago that the idea of an A-list actor doing commercials was strange enough that it could be the entire premise for a Bill Murray-Scarlett Johansson movie, but times have changed. And Ryan Reynolds is right there in the forefront of a burgeoning new type of ad, so we get used to a whole lot more of them.