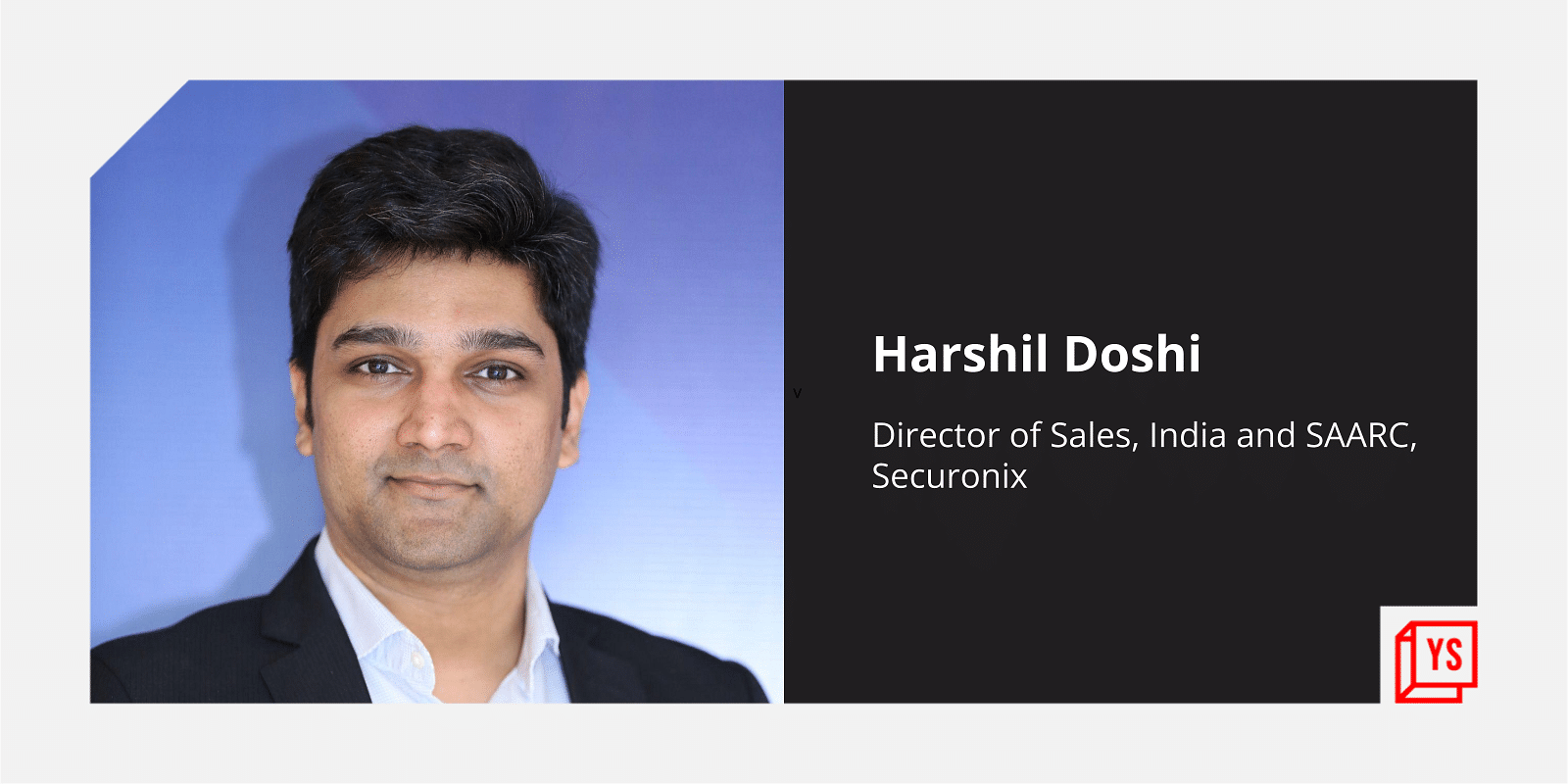 After raising $1 billion in a round of funding in February led by specialist private equity firm Vista Equity, cybersecurity company ﻿Securonix﻿is on an expansion spree globally, including India.

Headquartered in Texas, Austin, Securonix is a next generation cloud-based Software-as-a-Service (SaaS) product for Security Information and Event Management (SIEM) company. It has nearly 50 percent of its global headcount in India, with its Indian customers contributing nearly 25 percent to its annual revenue.

“Till about the middle of last year, we had over 300 employees in India across functions such as engineering, professional services, cloud operations, research, and so on,” Harshil Doshi, Director of Sales for India and SAARC at Securonix, tells YourStory.

“Currently, we have nearly 500 employees in India distributed across Bengaluru and Pune offices, and we continue to hire for more roles in India and globally post the funding,” he adds.

Founded in 2008 by second-time entrepreneurs Sachin Nayyar and Tanuj Gulati, Securonix has had a presence for back-end operations in India for nearly six years. Sachin and Tanuj’s previous venture, enterprise role management and identity compliance company VAAU, was acquired by Sun Microsystems in 2007.

As enterprises generate increasing amounts of data, SIEM solutions make it easier for them to manage security by generating security alerts. SIEM players such as Securonix also helps customers analyze data in real-time for early detection of cybersecurity attacks.

In a recent interview, Sachin said that the company surpassed $100 million in Annual Recurring Revenue (ARR) and grew its SaaS ARR by 100 percent over the past year.

Securonix started its India sales only in 2019 and the current revenue share is a strong indicator of growth, Harshil says.

“India’s contribution of nearly 25 percent to the company’s revenue in FY 2021 is among the highest for any software company. Typically, India contributes a maximum of 1.5 to 2 percent for any US-headquartered company,” says Harshil.

He adds that Securonix worked with nearly 22 channel partners, including Managed Security Service Providers (MSSP), System Integrators (SI), distributors, and others to expand its customer base.

“Wipro is one of our largest MSSP and SI partner globally. Apart from that, we work with PwC India as a strategic MSSP, LTI is a global SI and so on. Globally, 50 to 60 percent of our business comes through MSSPs or resellers and we want to reach a stage where about 80-90 percent of our business comes through our channel partners as it is difficult to have feet on the street for a company of our scale,” says Harshil.

Currently, the India sales team of Securonix employs 12 people with plans of increasing the strength to 15 by end of the year, Harshil says.

According to a Brandessence market research, the SIEM market size reached $4.21 billion in 2021 and is expected to reach $6.62 billion by 2028, with a CAGR of 8.1 percent. The report also said that cloud-based SIEM solutions, which address log management applications including collection, generation, transmission, analysis, storage, disposition and  monitoring have become important for IT security, governance and regulatory compliance, especially in the light of the pandemic.

Primary customer base in India

While the customer base in India is similar to the global trends, there are geography-specific challenges too. The line between business frauds and cybersecurity frauds are blurring, says Harshil.

“We are seeing the NSE fiasco playing out right now and as a SIEM company, we help enterprises to be proactive rather than reactive to security threats. If the Securonix platform detects some patterns or keywords which don’t seem right or are being used as an attachment, or change in the behavioural persona of employees, we give the organisations predictive intelligence to combat these aspects,” he says.

The Securonix platform is able to predict an attack within 20-30 percent deployment of it, which could be spread over a matter of few hours to weeks depending on the nature of the bad actor.

BFSI continues to be a top client for Securonix globally as well as in India, apart from IT and ITeS companies, digital first companies, startups, and manufacturing entities.

“BFSI is a low hanging fruit as the risk is very tangible and any financial fraud has an immediate impact on the business. The sector is investing aggressively in cybersecurity. Another sector which we have seen picking up is healthcare as well as pharmaceuticals due to the pandemic,” he said.

Harshil says that personally identifiable information being shared and stored by healthcare providers and outsourced to KPOs has led to the increased spend. Similarly, the pharmaceutical sector has increased its spend on cybersecurity to protect trial and other sensitive information.

The third sector which is catching up is the government spending on cybersecurity, says Harshil.

“There are geopolitical tensions and nation-state sponsored attacks on countries as well as enterprises working out of these geographies. We are seeing patterns emerging out of that,” he adds.